The Alliance Party is the political arm of a nationwide movement to elect public servants who will end corruption, stagnation and partisan politics. It's time to bring back American values and emphasize the importance of integrity and honor while moving the nation forward rather than left or right.

The Olympic games are the greatest field of international competition, where athletes from every nation compete to win gold, silver, or bronze medals. The gold medal is awarded to the best of the best, the competitor who represents the pinnacle of performance and achievement. Unfortunately, when America is measured against its national competitors in the contests that truly matter, we, too often, do not even earn a place on the medal stand.

The Alliance Party, and its candidates, believe that we should put our national efforts towards excelling in the critical areas that determine quality of life for all Americans, our global communities, and our planet itself. Learn More...

At its best, our health system is among the most expensive in the world – with over 50% of personal bankruptcies caused by an inability to pay medical debt – yet still delivers quality outputs and health outcomes below that of most developed nations. Addressing the deficiencies and disparities within our medical delivery system must be a top priority to restore our economy and stem the tidal wave of personal medical bankruptcies. The federal government must ensure universal access to basic primary, chronic disease, and psychiatric care for all Americans, as well as in-home and skilled nursing home care for the elderly. Read More...

The economy of the United States has been caught in the riptide of recession. Its struggles against the fiscal burdens of social security; the exploding costs of healthcare; the crumbling of critical infrastructure; and the metastasizing of income inequality; are all being endured without meaningful progress towards a nation-saving shore. The Coronavirus (COVID-19) crisis has had serious public health, economic, and fiscal implications – including the loss of tens of thousands of lives – setting our trajectory to take us away from the safety of the beach and threatening to wash us out into the sea of another historic Great Depression. Read More...

Our ability to secure the future we want for ourselves starts with the quality of the educational opportunities available for every child. We were the first modern society to believe and invest in the idea of public education for all. But now, other nations have taken our ideas of universal education and beaten us at our own game in every category and every measure.

The American dream was built on the foundation that education was the engine that drove the vehicle of upward social and economic mobility. We were right to identify its underpinning role, but somewhere we lost the fuel and the fire to keep making forward progress. Our society today is one of the least upwardly mobile on the planet. Read More...

The United States needs to be the world leader in being good stewards of our planet and its natural resources. We need to transform to a low-carbon economy, guarantee the right to clean air and clean water, protect our resources, strengthen urban sustainability and resilience, create millions of green industry jobs, and ensure a just transition with new training and certifications. Read More... 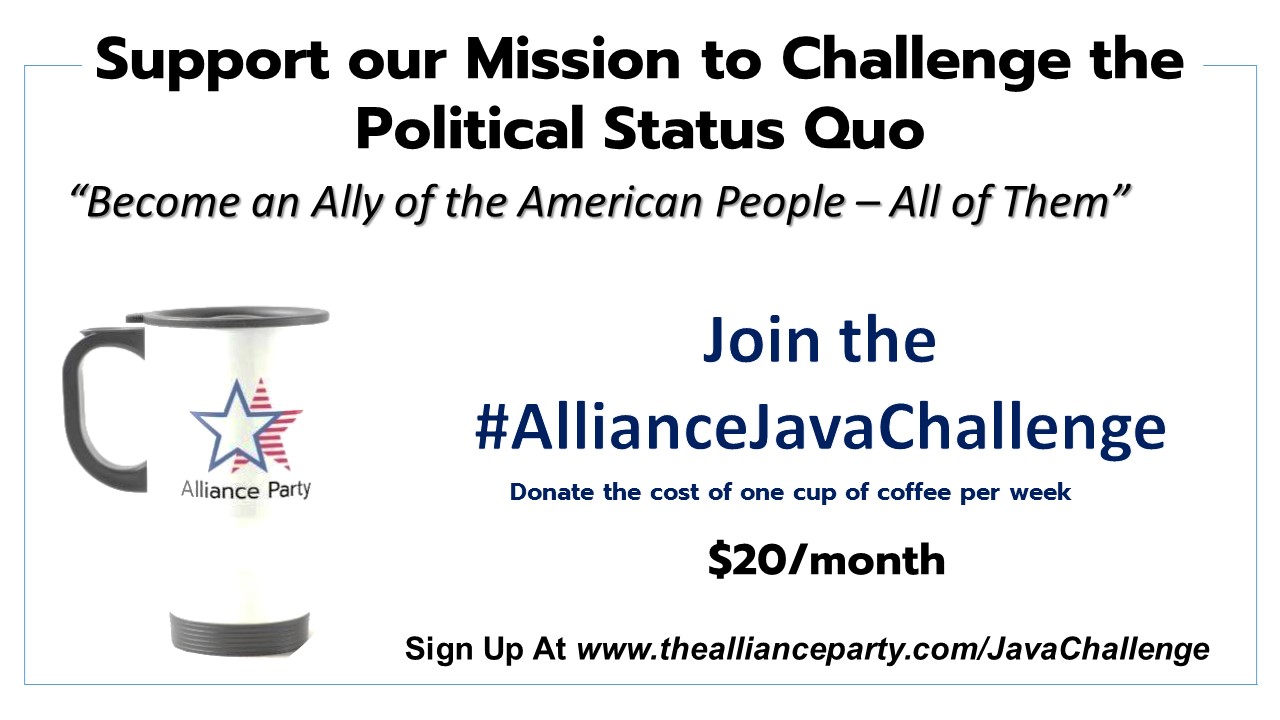 Tick Above to Take The Challenge

How the Alliance Formed

America’s growing dissatisfaction with a failing, polarizing two-party system and recognizing there is strength in numbers and a deep desire to put people and country over politics and greed, eleven independent political parties merged under one banner - The Alliance Party.

On October 14, 2018, in Denver, Colorado, three political parties - the American Moderates Party, the Modern Whig Party and the American Party of South Carolina - agreed to merge to create The Alliance Party.  On January 4, 2019, the Alliance Party officially registered with the Federal Elections Commission.

The following parties merged into the Alliance after the merger of the original three.

Prior to the 2018 meeting, six independent parties had merged into the Modern Whig Party between 2008 and 2016.

Discussions are under way with other independent, grassroots parties and organizations to join the Alliance.

America, We Have A Problem

Democrats and Republicans Own The Past... 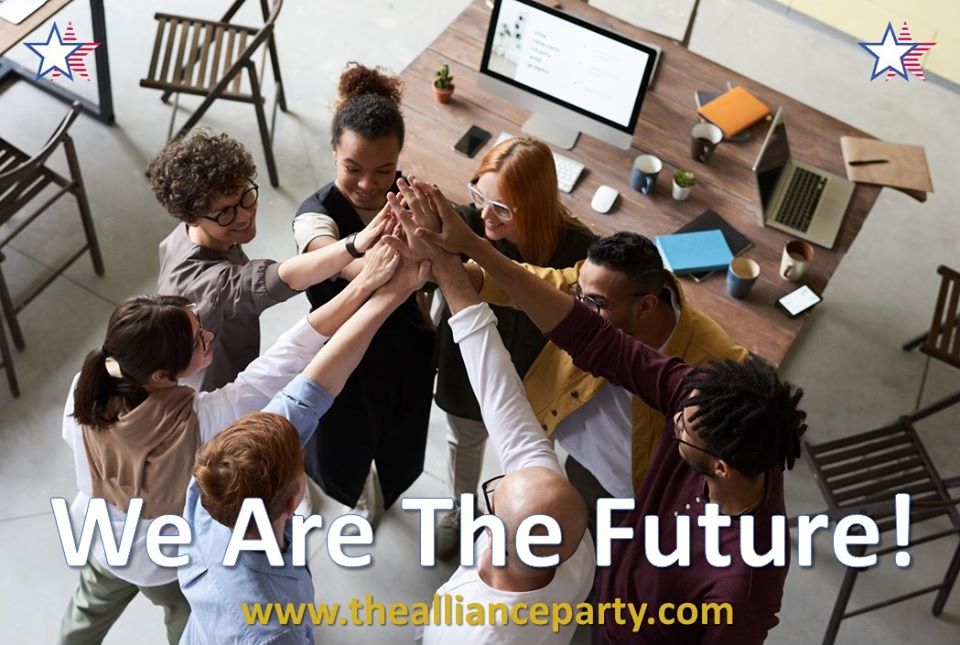 If you share similar views, values and concerns, then join us.

Please check your e-mail for a link to activate your account.